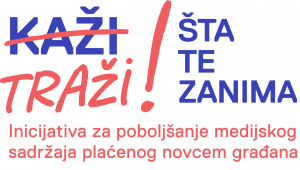 While its core activities are aiming to professionalize Serbian media scene, BIRN Serbia has substantial experience in capacity building of CSO and public administration, including strengthening their dialogue, promotion of good governance and public accountability and establishment of mechanisms that are enabling public participation in decision making processes. Working with diverse target groups in different projects and campaigns, we developed keen sense for communication planning, aiming precisely and choosing communication channels and styles wisely, in accordance with demographic features of our final users and beneficiaries.  This brings high visibility of our actions, reaching wider public with intended messages. Having highly creative staff experienced in creating social campaigns ensures easy communication and well understanding with creative/advertising agency to be engaged in the project implementation, which could be crucial for translating project ideas into the campaign messages. 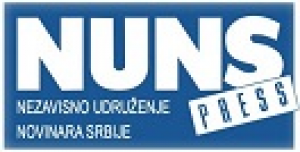 As a result of its monitoring and research activities, IJAS has position itself as a go-to organisation to stakeholders interested in timely and correct information about position and safety of journalists and media related legal framework.  It has been recognised as an agent of change and a leader of an informal Media coalition by different donors. The European Commission awarded IJAS a regional grant aimed at strengthening journalists’ associations in the Western Balkan.

IJAS mission is to use powerful and proactive public actions to protect rights of its members and other media professionals in Serbia, systematically improves professional standards and promotes ethically responsible journalism.

IJAS most important activities include constant monitoring, registering and acting upon violations of human, professional, labour and other rights of journalists and violations of media freedoms in Serbia, research and analysis of current media policies, development new solutions and advocating for their implementation. Additionally, IJAS is one of the founders of the Press Council and actively promotes the implementation of the Ethical Code, encourages independent and investigative journalism, professional development of journalists, etc.

In order to make its efforts more relevant and data based IJAS produces annual reports – Chronicle of Attacks and Pressures against Journalists (since 2014) and Indicators on the level of media freedom and journalists’ safetyhttp://safejournalists.net/wp-content/uploads/2018/12/Full-report-Indicators-on-the-level-of-media-freedom-and-journalists-safety-Serbia-2018.pdf (since 2016). The latter is based on DG Enlargement Guidelines for EU support to media freedom and media integrity in enlargement countries 2014-2020 and developed in cooperation with associations from the Western Balkan to allow comparison and measure countries progress in the EU integration process.